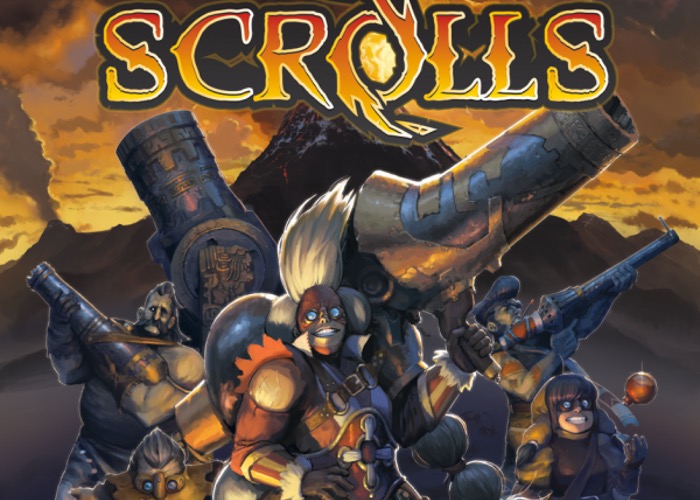 Gamers patiently waiting for the new Scrolls game created by Mojang, the developers of the hugely popular Minecraft game will be pleased to know that it has now been released on PC, Mac and Android tablets.

If you haven’t already played the Scrolls game there is a free version available that then can be upgraded in game via a $5 purchase. If you’ve already bought Scrolls or participated in the Alpha or Beta Scrolls development stages the full final version of the new game will be automatically be unlocked.

Scrolls combines the best bits of collectable card games with the strategy elements of tactical wargames. It’s fun! It contains bunnies! It features achievements, gold and a remarkable amount of beards.

– The best bits of card and board games, combined!

– Build up a library of units, spells, enchantments and structures, then face off against others on a hexagonal battlefield.

– Cross platform play between PC, Mac, and Android Tablet (iPad version coming soon). Buy once, then play on all your devices for no additional cost.

– Earn gold through playing all match types, completing over 50 Trials, and earning achievements.

– All Scrolls units are fully animated and nice to look at. We feature over 350 scrolls at present.

– All scrolls, apart from the four starter decks you earn through play, can be traded with other players for scrolls or gold.

– You can chat with other players, add them to your friends list, and challenge them to battles.

– You can buy scrolls at our in-game store for gold or for Shards – our real money currency – though we restrict how much you can spend to retain game balance.

– We feature a crafting system. You can craft three identical scrolls into a higher tier scroll. At tier 2, scrolls get a bit shinier and track stats. At tier 3 they get even shinier, and provide bonus gold when drawn. Note that upgraded scrolls don’t provide an advantage in battle.

For more information on the new Scrolls game jump over to the official website for details and links to download the free trial version. Watch the video below to see its gameplay in action.