Samsung is working on a bunch of new handsets which will launch in the coming weeks. It seems Samsung Galaxy Note 4 will be joined by another phablet, possibly at the September 3rd event in Berlin. 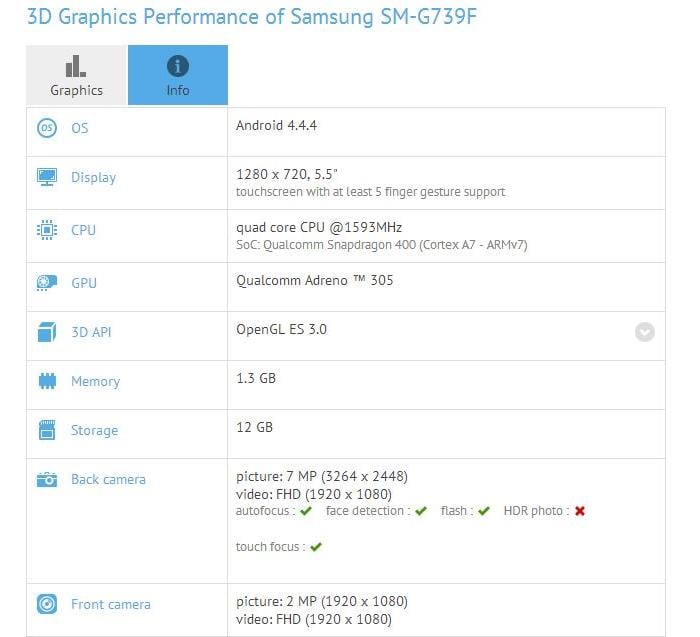 Other listed features include 8MP camera for photos and videos as well as a 2MP front facing camera, and comes with Android 4.4.4 KitKat as its operating system.

There’s no what whatsoever about this alleged handset, but we could see it soon enough. There’s no word from Samsung about this mysterious phablet, but it could launch in the coming weeks either with the alleged Samsung Galaxy Alpha or the Note 4 next month.

Additionally, there’s no word if its for any specific market, or if it will see the light of the globally. But, considering that Samsung’s flagship phablet, the Galaxy Note 4, is expected to launch next month, the SM-G739F could see a limited launch. It’s just a speculation from our part, but you never know. Let’s just take this as a rumor, we’ll update you as soon as more information pops up.