Samsung Galaxy S5 is yet to hit retail in most part of the world — although some retailers are already selling the SIM-free version of the handset.

Several carriers and big retailers have already started taking pre-orders of the device as well. Along with the device comes its covers as well, which we’ve spotted once earlier this month. Now, if you’re interested, Samsung has began pre-orders of the wireless charging covers for the Samsung Galaxy S5. 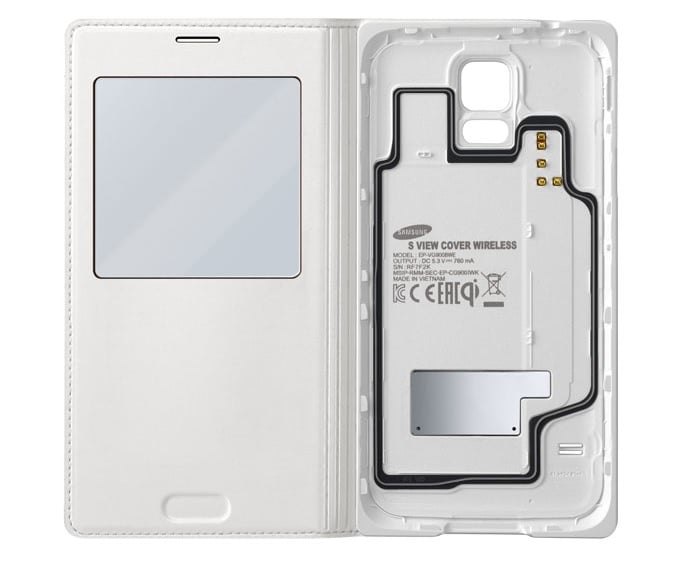 The covers are available in two colors only at the moment: black and white. The simple back cover comes with a $29.99 price tag, while the S-View Flip cover with wireless charging is going to set you back by $69.99, that’s a pretty high price in my opinion.

It’s currently listed as coming soon, but users can still pre-order it. We’re guessing it will launch on the same day as the Samsung Galaxy S5. Here are the links from where you can pre-order your Samsung Galaxy S5 wireless charging covers.