The Samsung Galaxy Round is Samsung’s first smartphone to feature a flexible curved display, the handset is only available in South Korea, and Samsung doesn’t have any plans to launch it outside of its home country.

The guys over at Sammobile have managed to get their hands on the Samsung Galaxy Round, and have put together a video review of the device, which give us a good look at the handset, its design and features. 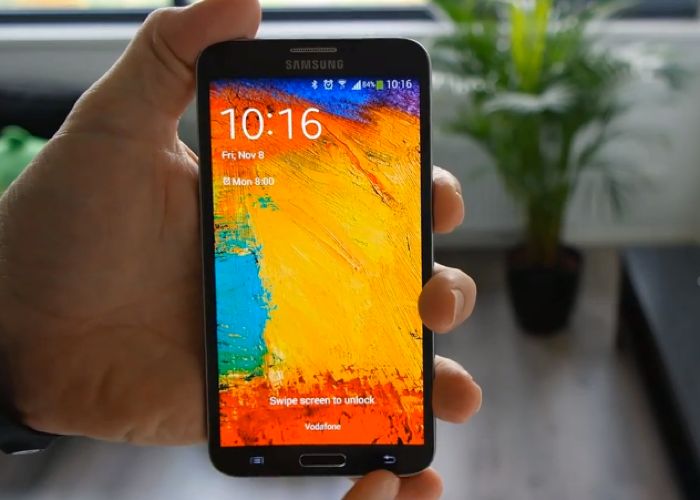 The Samsung Galaxy Round features a 5.7 inch curved Super AMOLED display, the display is curved horizontally from left to right, and it has a full high definition resolution of 1920 x 1080 pixels.

The handset is powered by a 2.3GHz quad core processor and it also comes with 3GB of RAM and 32GB of built in storage, there is also a 13 megapixel camera, and it comes with Android 4.3 Jelly Bean.

According to what we heard previously, Samsung sees the Samsung Galaxy Round as a prototype device which it is testing the market with in its home country.

Samsung plans to launch other devices next years with flexible display, and it looks like we will have to wait until then to see these curved handsets officially launch in the US and Europe, although some retailers are already selling unlocked versions of the Galaxy Round in the US.

To see lots more photos of the Samsung Galaxy Round, and also read a full review of the handset and its features, head on over to Sammobile.