The Samsung Galaxy Note 3 Neo is pictured on the left of the photo and the Note 3 on the right, as you can see from the photo the handset is slightly smaller than the Note 3. 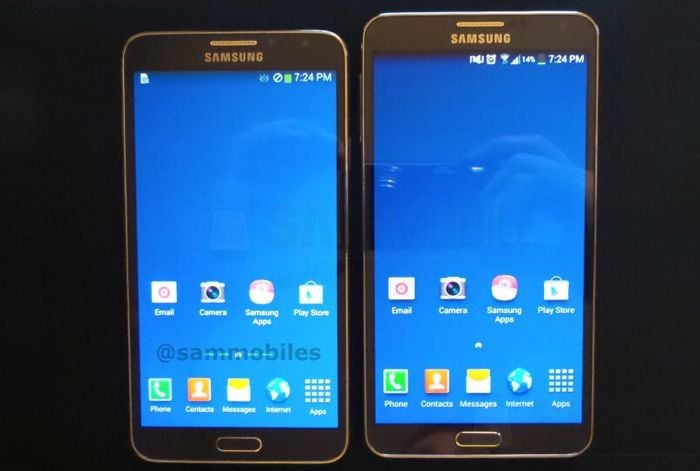 Other specifications on the device include a 3,100 mAh battery, WiFi, Bluetooth 4.0, and 16GB of built in storage, plus a microSD card slot that will offer support for 64GB cards.

As yet there are no details on when the Samsung Galaxy Note 3 Neo will launch, as soon as we get some more details, including some pricing we will let you guys know.