Samsung’s Galaxy Note II has been an incredibly popular device, and now Samsung are launching a pink version of the handset just in time for Valentines Day, the device will go n sale some time between now and the 14th of February.

The pink Samsung Galaxy Note 2 shares the same specifications as the original device, the only change is the color, and the pricing of the handset is expected to remain the same. 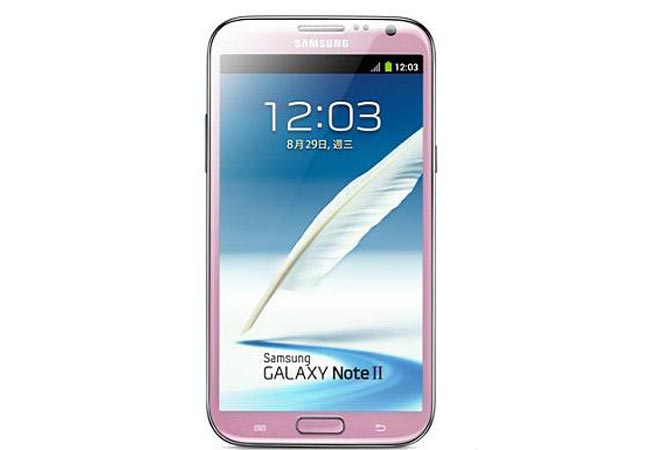 The Samsung Galaxy Note 2 is Samsung’s second generation Note device, and it comes with a 5.5 inch HD Super AMOLED touchscreen display with a resolution of 1280 x 720 pixels, there is also a quad core 1.6GHz processor and the latest version of Google’s mobile OS, Android 4.1 Jelly Bean.

Other specifications on the Samsung Galaxy Note 2 include Samsung’s S Pen stylus, 2GB of RAM, a microSD card slot and a choice of either 16GB, 32GB or 64GB of built in storage.