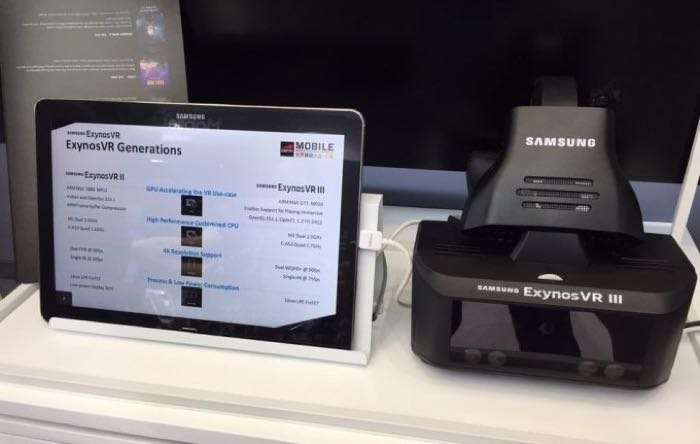 We have been hearing rumors that Samsung is working on a new stand alone VR headset and now Samsung has revealed their new Samsung Exynos VR III headset prototype.

The Samsung Exynos VR III features a built in display and it works without the need for a smartphone so it can be used on its own.

The device comes with a hexa core processor which is made up of two Samsung M2 CPU cores with a clock speed of 2.5GHz, and four ARM Cortex A53 CPU core clocked at 17GHz

The device has a dual WQHD+ display or a single 4K display and it comes with eye tracking, hand tracking, voice recognition and more.

This is obviously in the prototype stages at the moment so it could be a while before the device launches, as soon as we get some more details on exactly what Samsung has planned, we will let you guys know.