Samsung has this week taken screwdriver to its own Galaxy Note tablet this week and dismantled it revealing its workings to the world. The Samusng Galaxy Note was originally announced by during IFA 2011 in Berlin and was later launched in late October 2011 in Europe. Last month, Samsung announced that 1 million Galaxy Notes were shipped in less than two months, and that Galaxy Note would be available in the US in 2012. 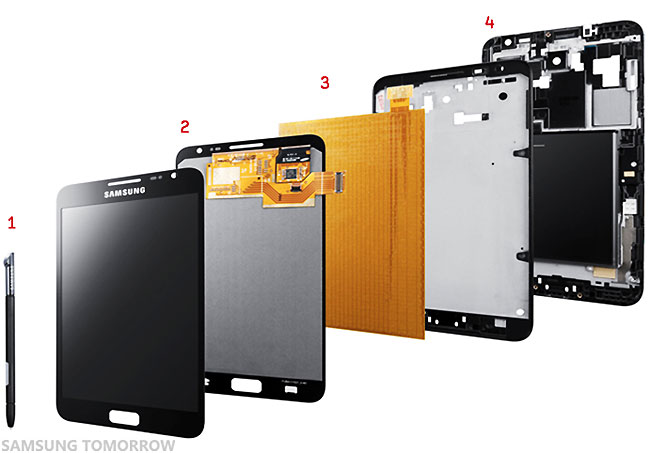 To recap the Smasnug Galaxy Note is equipped with a 5.3” WXGA (1280 x 800) HD Super AMOLED screen and comes powered by a 1.5Ghz Snapdragon S3 Chipset.

Other features include a 8 megapixel main camera that can record 1080p video, and a 2 megapixel front-facing camera
802.11 b/g/n support for Wi-Fi. The tablet smartphone hybrid device also comes supplied with a built-in stylus, called the “S Pen”. The stylus neatly tucks into the bottom panel of the phone, and can be used in a variety of apps, when extra precision is required.

For a compete run through of all the components Samsung style jump over to the Samsung Tomorrow website. 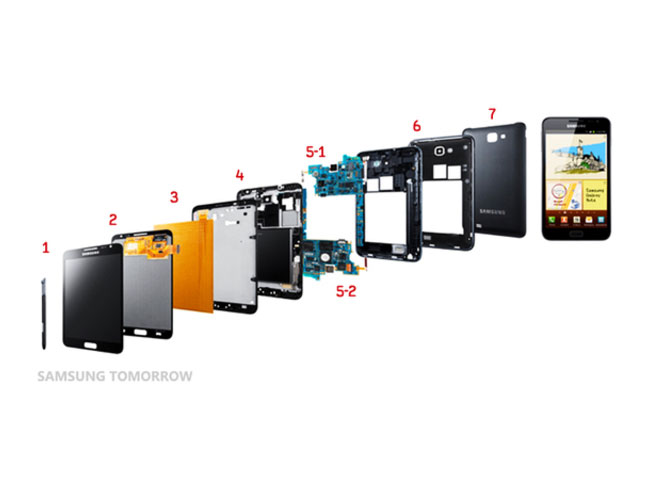