The first new application from Roland is the Air Recorder, which enables you to record from a Roland synthesiser or V-Accordion directly to your Apple iPhone. Tracks can also be played on your iPhone and sent directly to the instrument, enabling you to jam along and record the result back in the Air Recorder application. 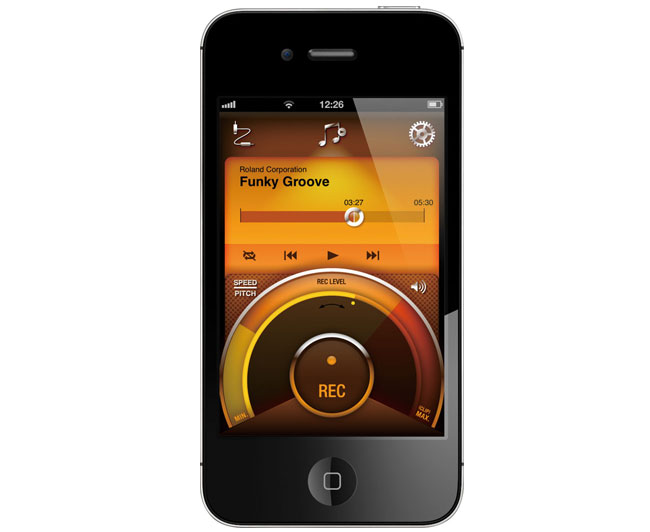 To make the connection to the Roland instruments a USB adapter WNA1100-RL manufactured by Netgear has been used, that plugs into a USB port on your Roland instrument, allowing your iPhone and instrument to communicate via your wireless network.

“While the Mac/Windows version of V-Drums Friend Jam requires a USB or MIDI connection from a V-Drums sound module to a computer, Roland Wireless Connect provides a direct, convenient connection from the module to the iPhone. The app allows V-Drums users across the globe to interact with each other while improving their drumming skills with play-along audio songs and practice evaluation features.”