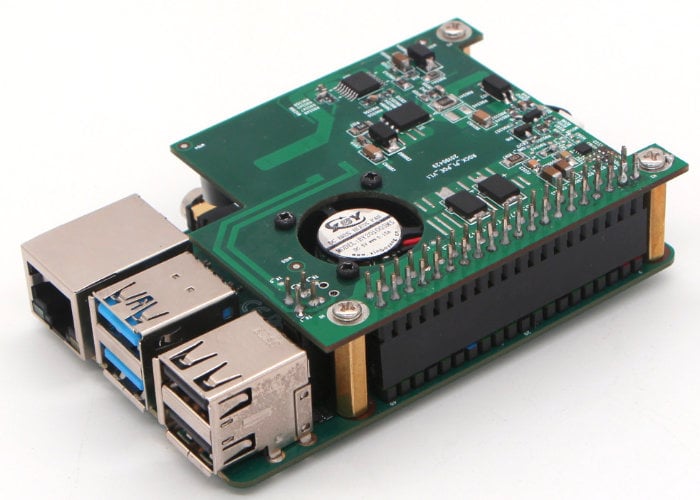 Joining the availability of the new Rock Pi 4 v1.4 mini PC, Radax has also introduced a newly re-designed Rock Pi 4 HAT in the form of the Rock Pi Poe HAT. The company has added an “optimised circuit” to the design and a fan that enables the mini PC to “drop from the peak 100°C to below 40°C.” As you can see from the image above the Rock Pi Poe HAT fits neatly onto the new Rock Pi 4 mini PC but is also compatible with the Raspberry Pi 3B+ and offers an optional 40-pin GPIO for pass through. 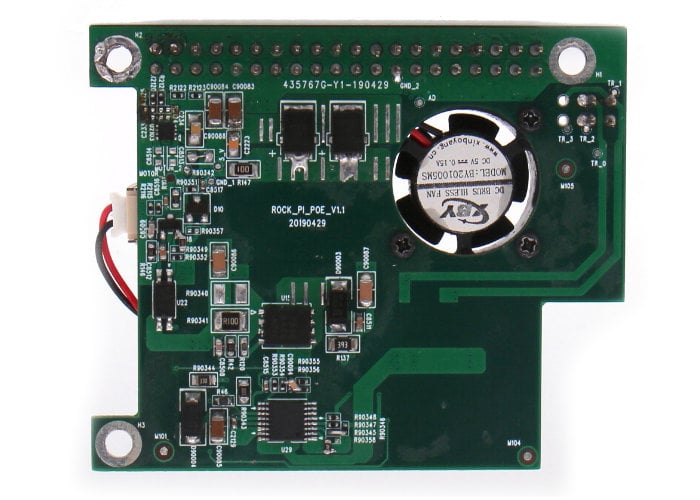 The fan on the Rock Pi Poe HAT can be controlled by PWM at up to 12000RPM, and Radax has also included a temperature sensor which can be used with a Linux Debian package to automatically adjust the fan speed if desired. Specifications include :

– Compliant to the 802.3at standard with 23W
– PWM controlled fan with up to 12000rpm
– Completely redesigned with performance and heat management in mind
– Very low profile allows usage in smaller housings
– Compatible to Raspberry Pi 3B+
– Optional GPIO pin pass through

For more details on the latest hardware unveiled by Radax Jump over to the Linux Gizmos website by following the link below.