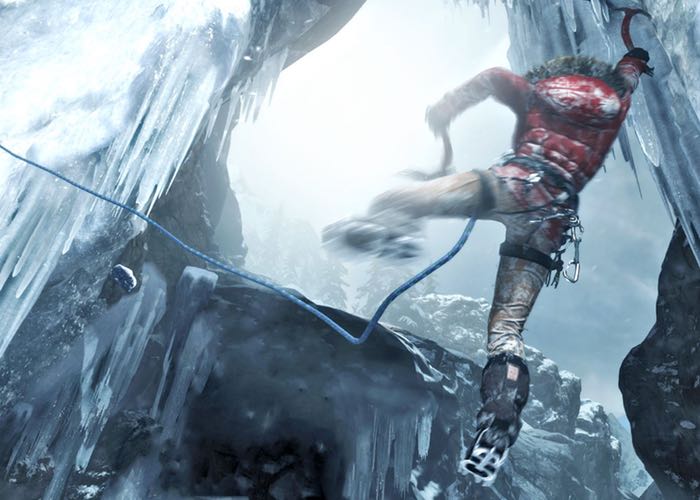 A new 15 minute gameplay trailer has been released this week for the upcoming new Tomb Raider game, Rise of the Tomb Raider providing a good look at the games environment and some of the new features that you can expect to enjoy whilst playing.

The footage shows the Siberian wilderness as Lara tries to survive in the freezing conditions by collecting wood to make fires and looting animal carcasses for skin, strings and other forage supplies to construct a variety of different devices.

Rise of the Tomb RaiderWe’ll be launching later this year on November 10th 2015 and will be launched on Microsoft’s Xbox One and Xbox 360 thanks to an time limited exclusivity deal Microsoft has struck with the games developers. After the deal has ended you can expect the title to be made available for PC, PS4 and maybe even Mac as with the first.

Set after Tomb Raider, Lara Croft’s experience of the supernatural on Yamatai has been covered up by the organization Trinity. In order to prove she is not insane Lara becomes obsessed with finding the truth behind myths around the world.

Rise of the Tomb Raider follows Lara Croft and Jonah Maiava as they search Siberia for the ancient city Kitezh, built by the Grand Prince of Vladimir in the 13th century, which Lara believes holds some truth behind immortality.

In a race against Trinity, a well funded organization interested in the supernatural, Lara must survive against humans, animals, and the environment in order to find the truth behind the myths and become who she was destined to be.