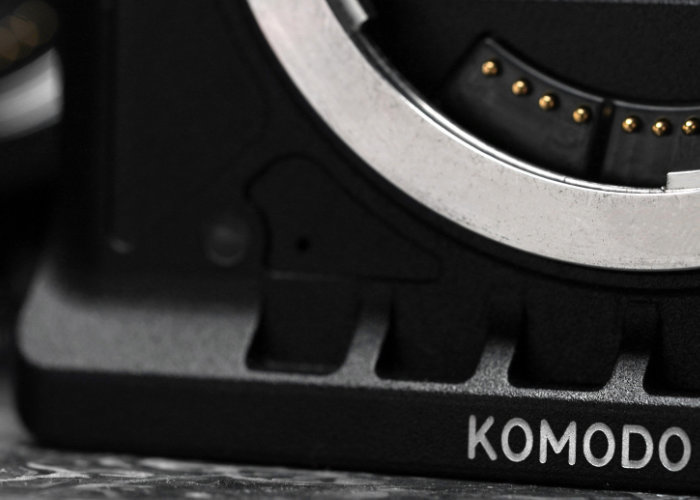 his week RED has teased an image of a new compact Komodo camera which may have a tie-in with the company’s Hydrogen phones. Unfortunately very few details have been revealed alongside the photograph company chief Jarred Land who tease the photograph has also revealed a few things that the camera is not.

“Between my Komodo Cfast photo last week and Jim’s reference in the Hydrogen thread there has been a ton of speculation of what Komodo is, and it sure is fun to watch imaginations run wild. I told everyone that I wouldn’t reveal Komodo until it was ready.. There still is a bunch of time before the first batch starts shipping towards the end of the year and everything can and probably will change. But in the spirit of discovery… perhaps I can still stay inside those rules and tell you what Komodo is not :)”