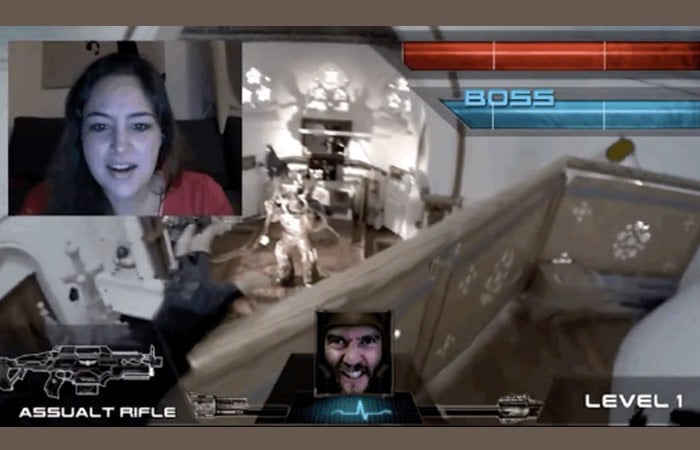 Users on Chatroulette were able to control the movements of the real-life person within the first person shooter and guide them on their adventure through the zombie infested church yard and buildings.

Many years ago we experimented with the concept of ‘random stranger’ control – and one afternoon strapped a webcam to my head while someone followed me around with a laptop. The idea stuck in my head – and eventually resurfaced while we were talking about fun projects for the summer. We decided to throw some of our indie film tricks behind it and see what happened.

Watch the video below to see behind the scenes at how the real-life first-person shooter demonstration was setup enabling random Chatroulette users to become involved and guide the hero to victory, discovering weapon upgrades along the way.