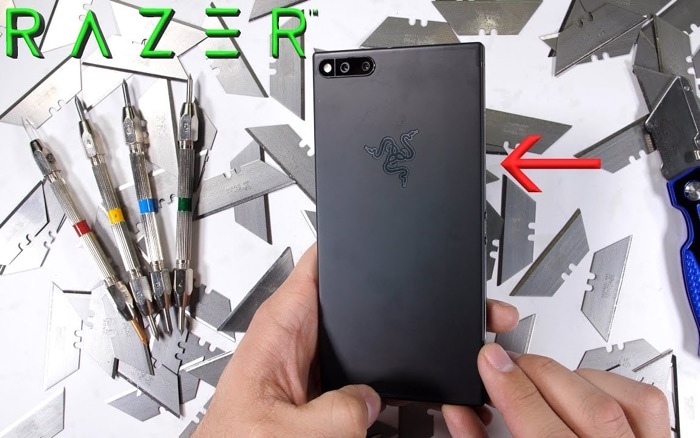 Razer launched their first smartphone recently, the Razer Phone, the handset is designed for gamers and it comes with some impressive specifications. Now we have torture test video from JerryRigEverything on the new Razer smartphone.

In the video below we will see the Razer Phone put through a number of tests, these include scratch tests on the display, a burn test and or course the normal bend test. How will the new Razer Phone perform? Watch the video to find out.

As we can see from the video the new Razer Phone the handset display scratched at a level 6 and 7 on the scratch test, this is in line with many of the smartphones that are available on the market at the moment.

The camera lens also scratched with the razer blade and the display performed well in the burn tests as it returned to normal. The handset also performed OK in the bend test, maybe not as well as some of the other flagships available.

As a reminder the new Razer smartphone comes with Qualcomm Snapdragon 835 processor and a massive 8GB of RAM it also has a 5.72 inch display that has a QHD resolution of 2560 x 1440 pixels and 64GB of storage.