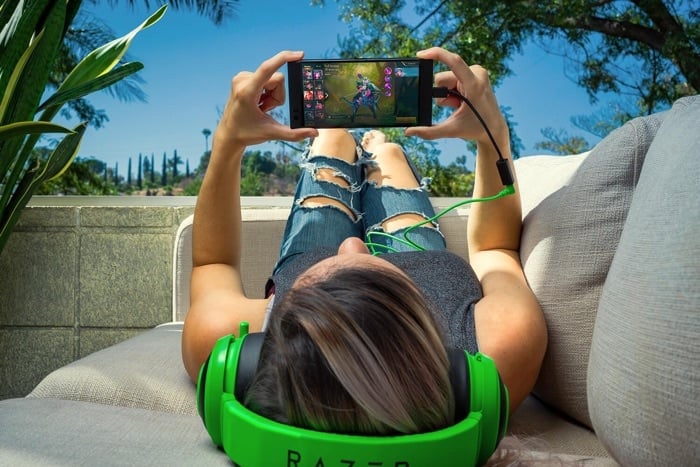 The latest trend with smartphone makers is to remove the headphone jack from their handsets, Apple did it first and then Google followed, now the new Razer Phone which launched recently also ditched the headphone jack.

Now Razer CEO Min-Liang Tan has explained why the company decided not to include a headphone jack in their new smartphone. The reason was so that they could include a larger battery in the handset.

I see a lot of feedback on the removal of the headphone jack on the Razer Phone – and I wanted to share some of the thought process when we made the decision.

By removing the headphone jack – we were able to increase the battery size significantly (I estimate we added 500maH more), improve thermals for performance and a whole lot more.

I can’t speak for other phone companies who made the decision to remove the headphone jack – but I think you guys can see why we did so.

Some companies have decided to keep the headphone jack on their handsets, like the new OnePlus 5T which launched recently. Razer also announced last week that they are working on bringing some new features to the camera on their new Razer Phone.