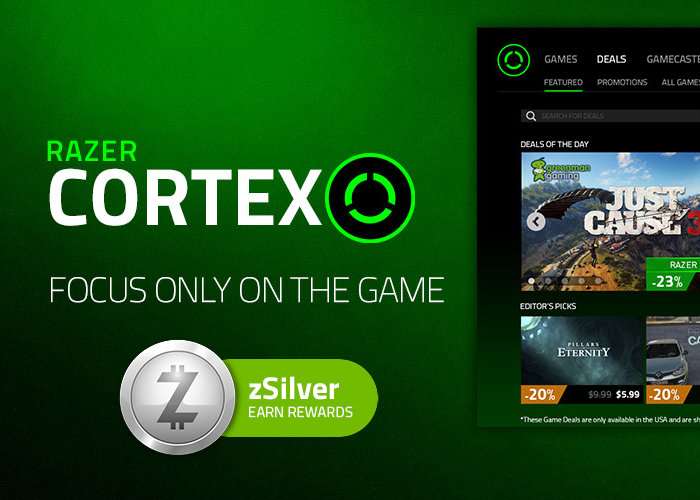 Gaming peripheral and hardware manufacturer Razer has this week announced a new ‘pay to play’ service it is starting which will pay and reward gamers that use its Cortex software to launch and monitor the games that they are playing such as Overwatch, Counter-Strike: Global Offensive and League of Legends to name a few.

Unfortunately and as you might have expected you won’t get paid hard cash but zVault points, which can then be used to purchase Razer hardware and peripherals directly from the Razer online store.

3 zSilver are earned for each minute played, although Razer has enforced a 900 points a day cap. zSilver rewards range from 4,500 points for a product discount to 220,000 for a mechanical keyboard so you will still need to invest some serious time into your gaming to be able to benefit.

Razer Cortex brings enhanced gaming performance, recording and streaming gameplay, and the ability to find the best gaming deals to a single screen with all your games just a click away. Unlock your system’s full potential with a variety of performance enhancing and optimization tools for higher frames per second or to cut down on boring load times. Whether you want an automated solution or to keep control over everything, higher PC gaming performance is at your fingertips.