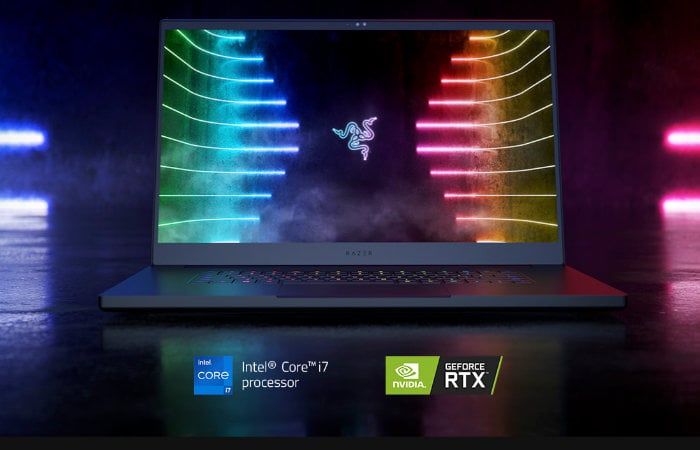 Razer has introduced a new Blade 17 laptop to its range powered by 8-core “Tiger Lake-H” 11th Gen Intel Core H-series processors and featuring up to the NVIDIA GeForce RTX 3080 laptop graphics chip. If your budget will stretch for the first time Razer is making available the ability to install  , currently the most powerful Intel processor available to install in a Razor Blade laptop. The new Razer Blade 17 is now available to preorder with prices starting from $2,399.99 or €2,599.99 depending on your location.

Razer also announced the return of the Blade 15 Base model laptop equipped with 11th Gen Intel Core i7-11800H processors supported by NVIDIA GeForce RTX 3070 , the Blade 15 laptop is now available to preorder priced from $1,799.99 op €1,899.99. “The Blade 15 Base brings the newest generation of Intel features to the most affordable Blade in the lineup, with two PCIe 4.0 SSD slots for expandable storage, faster memory and processor speeds, and Thunderbolt 4 connectivity.”

“The Blade 17 has been a staple in the premium gaming laptop space for years, and it’s crucial that we continue to deliver the kind of mind-blowing performance and impeccable quality that our fans expect and deserve,” says Brad Wildes, Senior Vice President and General Manager of Razer’s Systems Business Unit. “Continuously integrating improvements while introducing the newest, top-of-the-line hardware advancements is what gives the Blade family its “edge”. Razer Blades have always been synonymous with style and power, and we intend to keep it that way.”

The improved vapor chamber provides an even more efficient heat dispersion process to further prevent high temperatures on the system, cementing the Blade 17’s claim to be a true desktop replacement with its ability to accomplish any task thrown at it with ease.”

For full specifications and purchasing options jump over to the official Razer website by following the link below to the Razor Blade 17 laptop product page.