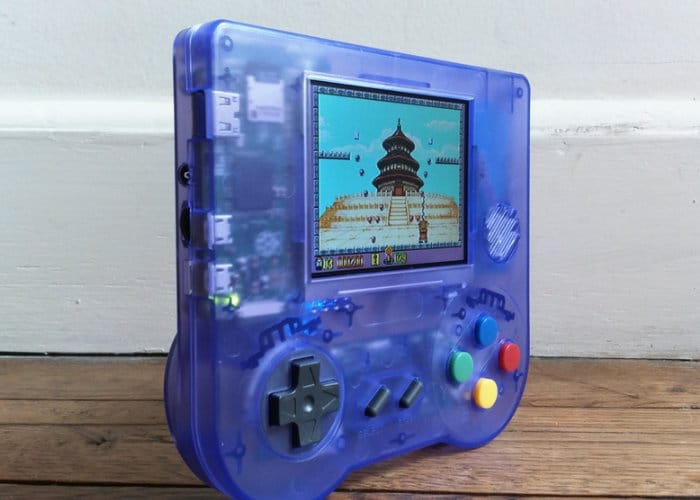 Serial Kickstarter entrepreneur Pierre-Louis Boyer has once again taken to the Kickstarter crowdfunding campaign to raise money for his third generation Raspiboy Raspberry Pi games console. Designed and created to be capable of running a wide variety of different emulators allowing owners to enjoy a massive library of retro games. Watch the demonstration video below to learn more about the latest revised Raspiboy edition electronics kit, which is now available to back via Kickstarter with early bird pledges available from €65 or £57.

“Raspiboy was launched last year on Kickstarter. Since we have done some improvements, especially : Battery management system, Gamepad sensitivity and for the revision release here’s a clear purple case limited edition 🙂 I do not supply any software or game, there are several emulation station softwares that you can install (super easy installation, it will be explained step-by-step in the tutorial!), for example Retropie or RecalBox. Those softwares come with a wide range of systems supported : Gameboy, Gameboy Color, Gameboy Advance, Super Nintendo, Megadrive (Genesis), Atari, MaMe and so on. You can have a look here to all the supported systems.”

Jump over to the official Kickstarter crowdfunding campaign page via the link below for more details and a list of all available pledges. If all goes well worldwide shipping is expected to take place during September 2018.