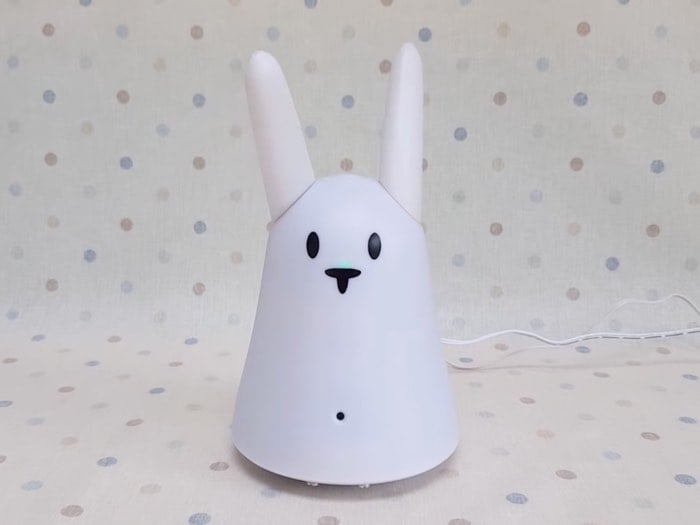 Martin Mander has created his version of a personal virtual assistant using the awesome Raspberry Pi mini PC which is installed inside a 2005 Nabaztag Smart Rabbit adding that extra little bit of cuteness to the finished project.

Check out the video below to see the Raspberry Pi virtual assistant in action and its ability to interact with other Internet of Things devices such as turning on music, lighting effects and more.

This is an obsolete 2005 Nabaztag “smart rabbit” that I’ve rebuilt into a modern IoT Assistant using a Raspberry Pi 3 and an Adafruit Motor HAT, with a webcam microphone and a Philips Soundshooter speaker contained in the cute original case. It responds to button initiated voice commands using Amazon’s Alexa voice service, reading out the responses via the integrated speaker. Voice commands are also used to trigger IFTTT (If This Then That) recipes, to interact with other internet-connected devices like smart sockets and cellphones.

Not enough? As well as triggering IFTTT events it also receives them via Gmail, using the Ivona text-to-speech engine to read out email, text messages and other notifications, for example pollen alerts or notifications from a home security camera. Did I mention it gives you visual feedback with LEDS and motorised ears? Oh and it has a V2 Raspberry Pi Camera in its belly for uploading voice-activated selfies to Twitter.It’s hard to describe the cuteness of the RabbitPi in words, check out the video to see it in action!

For full details on how to create your very own Raspberry Pi virtual assistant jump over to all the instructions and a list of all the components required from the Instructables website via the link below.