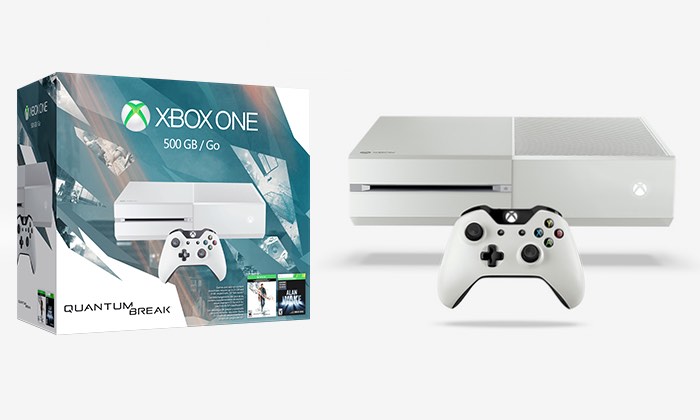 As well as releasing a new trailer for the upcoming Quantum Break game and live action series earlier today, Microsoft has also unveiled a new Xbox One Quantum Break Special Edition bundle that is now available to preorder priced at $349.

Quantum Break will be officially launching on April 5th, 2016 and if you purchase an Xbox One copy of the game, Microsoft will also provide you with a Windows 10 version to enjoy on your PC.

Check out the video below where Major Nelson explain mora about the new Xbox One bundle and the new IP.

Experience time-amplified action and a suspenseful storyline in Quantum Break, where time is your greatest weapon and the choices you make impact a gripping live action show. As hero Jack Joyce, you’ll fight your way through epic disasters that stutter back and forth in time. But surviving this unstable world—and halting the end of time itself—is only possible by mastering your new time powers.

Set in the deceptively idyllic town of Bright Falls, Washington, Alan Wake immerses you in an intense and expansive cinematic world in which you’ll explore hyper-realistic and interactive environments. This mission-based thriller features a deeply psychological, engaging, and suspenseful storyline unveiling new twists and profound character revelations at every turn.