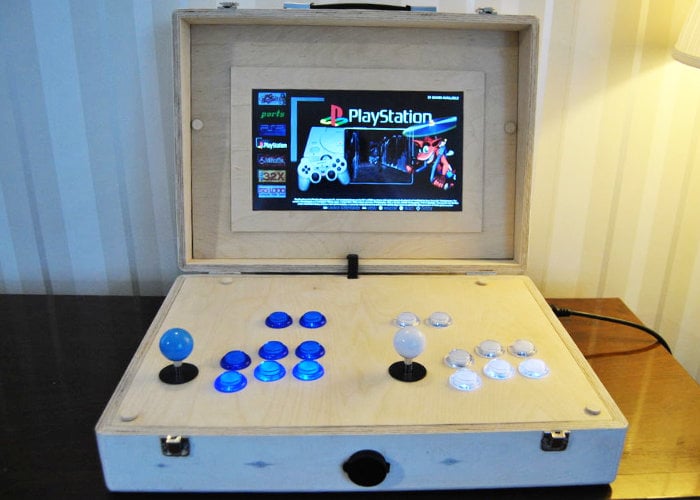 Hemulimania explains more about the project and the inspiration behind it, as well as information about certain decisions made about the design and construction of the portable Raspberry Pi console.

“When I was a kid, our friends had 8bit nintendo and it was the coolest thing on earth. Until me and my brother got sega megadrive as a christmas present. We did not sleep from that christmas eve to new years eve, we just played and enjoyed that great game. That was the most memorable christmas present ever.

Today there are many different amazing video game-consoles. They are amazing to this generation kids, for me those doesen’t feel so great or they just do’nt give me that feeling what I got when I was a kid.

That’s way I wanted to build old school retrogaming arcade suitcase with Raspberry with thousands of ole school retro games. I wanted to make retro arcade game machine which is not too big, so its easily put to closet when not playing. That’s why I wanted make it quite small but still big enough for two adult players. I wanted it also to make it quite simple, so everyone can make it. I hope I succeed on that one.”

For full instructions on how to build your very own portable Raspberry Pi Retropie games console complete with screen jump over to the official Instructables project page by following the link below.