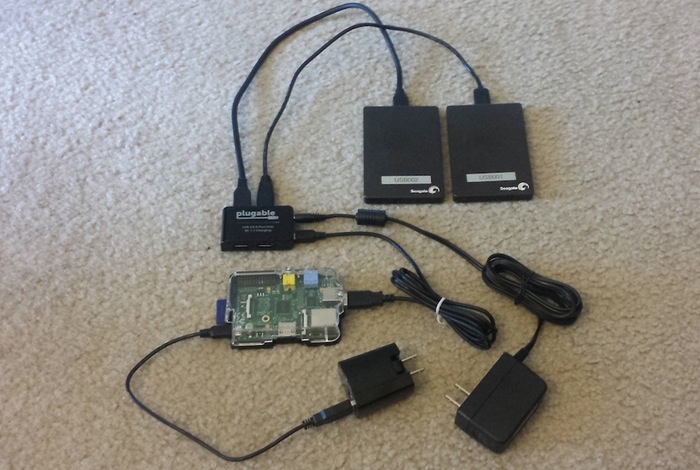 If you travel and would like to be able to access your data whilst on the move with redundancy built-in, you might be interested in this new DIY Raspberry Pi powered NAS that has been designed to connect multiple drives and be extremely portable.

Ben explains : “Obviously the trade off is a drastic decrease in speed, but more than worth the effort to put this little setup together. Also, due to the CPU overhead and complexity, I didn’t want to bother with software RAID and decided instead to use lsyncd.

The Raspberry Pi alone doesn’t supply enough power for both drives, or even one for that matter. The powered USB hub is necessary for reliable operation of both drives.”