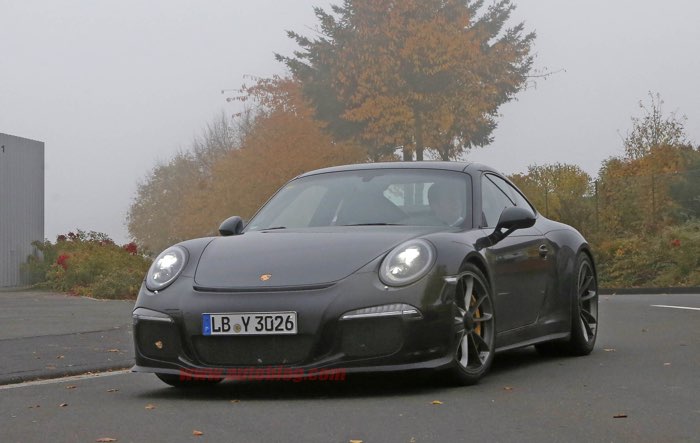 We have been hearing rumors for a while that their is a new Porsche 911 R on the way and now it looks like this new supercar could be unveiled at the Geneva Motor Show.

The Porsche 911 R is apparently a stripped down version of the 911 GT3, the car is expected to drop the rear wing, come with skinnier tires and is rumored to have between 475 and 500 horsepower.

The Geneva Motor Show takes place in Geneva between the 3rd to the 13th of March, we will have more details about the latest 911 from Porsche when it is made official.