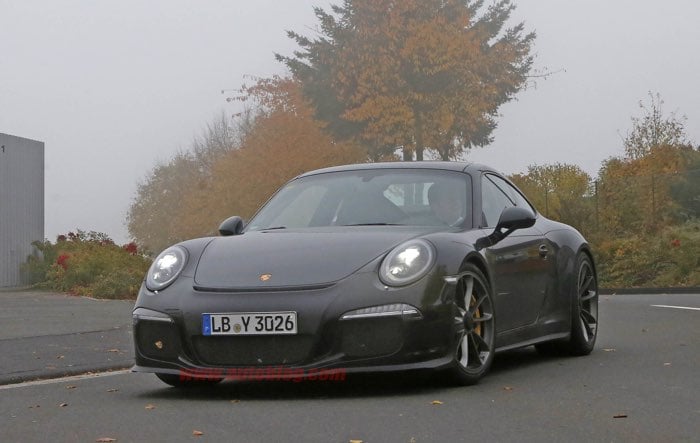 The Porsche 911 GT3 and 911 GT3 RS both come with Porsche’s automatic PDK transmission, Porsche are rumored to be working on a new manual supercar, the Porsche 911 R.

Some photos have appeared online of a new 911, this is thought to be the new Porsche 911 R, as you can see from the photos, the cars styling is very similar to the GT3, although there is no rear spoiler on this car. 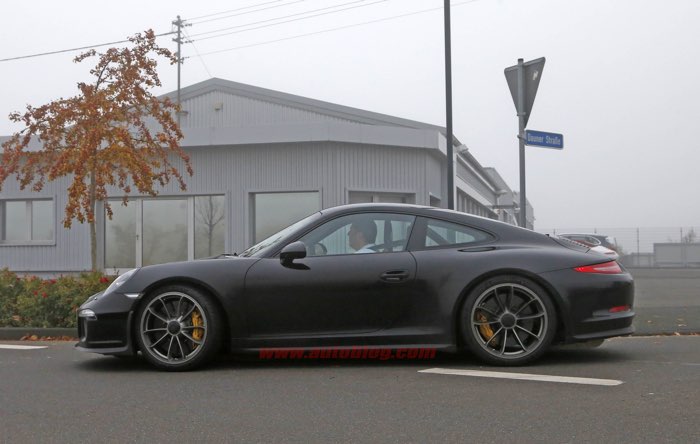 The new Porsche 911 R is expected to come with between 475 and 500 horsepower and the final version of the car will probably come with a rear spoiler. 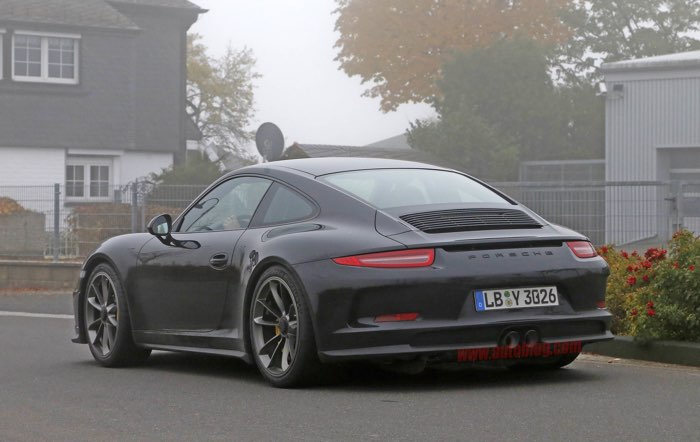 There have been rumors that Porsche may use a ducktail rear spoiler on the 911 R rather than the same spoiler as the GT3 to give the car a different look. The car pictured in the photos is possibly a pre-production version of the new 911 R which is being tested at the moment.