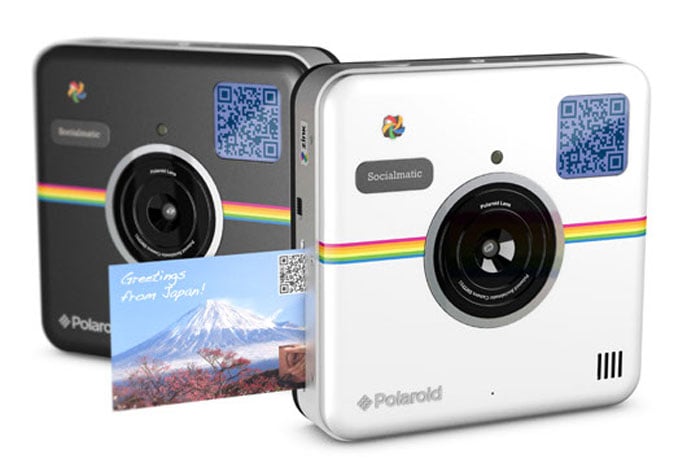 Back in January, we first talked about the Polaroid Socialmatic digital camera. Polaroid has now announced that the camera will hit stores in time for holiday shopping this year. The camera s designed and manufactured by Socialmatic LLC and uses the Polaroid name under license. The camera is an instant camera like those Polaroid made famous in the 80’s, but for the digital generation.

The Socialmatic has a 14MP front camera and a 2MP rear camera sensor. The front camera has LED flash and on the back of the camera is a 4.5-inch LCD. The big feature of the camera is an integrated printer that allows users to instantly print 2×3″ photos right from the camera. Photos taken with the camera can be stored to 4GB of internal storage or microSD cards.

The Android operating system is used for the camera menus. WiFi and Bluetooth are integrated to allow sharing of images on the go. The integrated printer uses ZINK zero ink technology and photos print in under a minute. The photos can also be printed with a QR code to allow tracking of images. Pricing for the camera is unknown at this time.