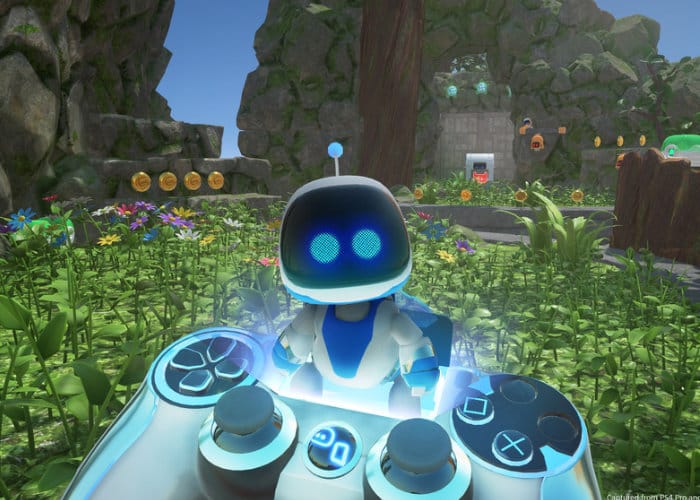 A new PlayStation VR platform game has been announced by the creators of Playroom which takes the form of Astro Bot Rescue Mission. Within Astro Bot Rescue Mission VR gamers can take control of Astro, a Bot captain of a ship on a mission to rescue its lost crew who are scattered over five planets. Check out the teaser trailer below to learn more about what you can expect from this new virtual reality game currently under development.

During gameplay layers will be able to run, jump and punch their way through 26 stages over five different worlds ending with an epic boss fight. As developers explain more about the gameplay you can expect thanks to the VR technology on offer to the PlayStation 4 platform. “Thanks to PS VR, we were able to take platforming to new heights and develop rich gameplay around the player, taking advantage of the increased perspective, proximity and the added depth that PS VR offers. As a result, the game feels incredibly smooth, jumps are ultra-precise even in situations where the action ramps up. This opens up many doors for innovative play such as playing an entire sequence from below, from above, across 180 degrees or by leaning round corners to discover ledges and progress through levels.”