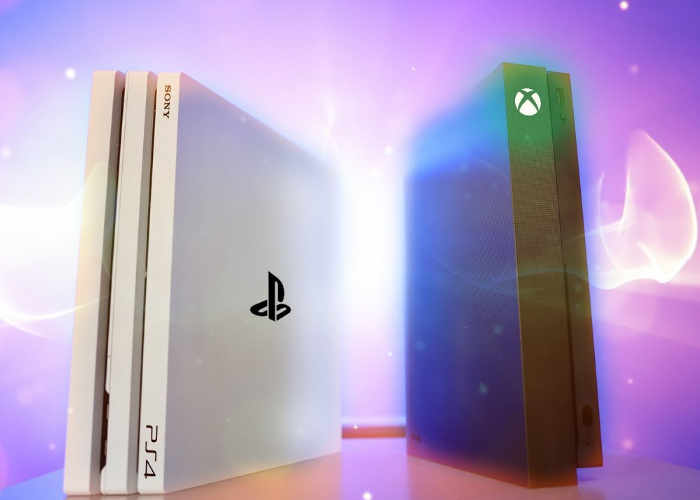 If you are still undecided on which top-of-the-line games console to purchase this holiday season you may be interested in this quick 10 minute Playstation 4 Pro vs Xbox One X comparison video which is being put together by YouTube Kevin Kenson. Providing a good overview of what you can expect from each console compared to their price.

To recap the newest addition to the console market is Microsoft’s Xbox One X which launched last month and is now available to purchase price to $499 or £449 and is Microsoft’s most powerful console to date equipped with a massive 12 GB of RAM and 8-core 2.3GHz processor providing considerably more processing power than the previous flagship Xbox the Xbox One S which launched back in 2016. Specifications of the latest Xbox One X previously codenamed Project Scorpio include :