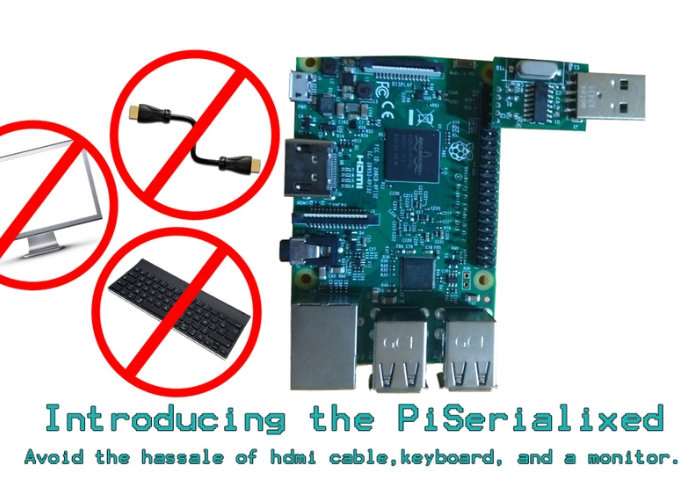 Raspberry Pi enthusiasts may be interested in a new piece of hardware which has been created by developer Vikas Shukla and takes the form of the PiSerialixed, a Raspberry Pi 3 UART USB Board.

Watch the video below to learn more about the new Raspberry Pi hardware which allows you to avoid the complication of HDMI cables, keyboard and monitor.

If you want to use a Raspberry Pi 3 ( or for that matter, a Pi Zero) , a typical initial set up requires a Television, an HDMI Cable and a keyboard. The Raspberry Pi 3 also has a console boot up more where the console boot messages can appear on its serial port ( UART is a more technical term for it). These UART Pins are available on the 3 pins of the 40 Pin Connector.

PiSerialixed is now available to back via Kickstarter with early bird pledges starting from just $6 and delivery expected to take place during October 2017. For full specifications and more information jump over to the official Kickstarter campaign page via the link below.