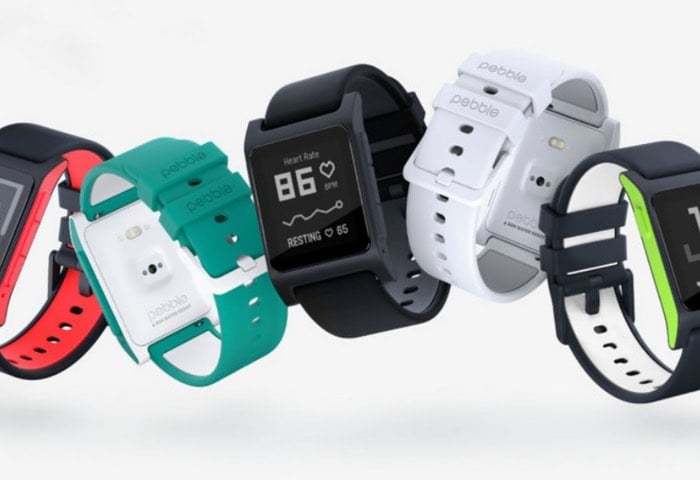 After raising over $12 million thanks to over 66,000 backers earlier this year the second-generation Pebble 2 smartwatch made its way into production. With shipping expected to take place during September 2016 for early bird backers and during October 2016 for later pledges.

Now the new Pebble 2 smartwatch has been spotted making its way through the FCC indicating that the hardware will soon be shipping and could be arriving with early bird backers as expected next month, September 2016.

The Pebble 2 and Time 2 smartwatches come as standard equipped with multi-day battery life, are water resistant down to a depth of 30 meters and are fitted with e-paper displays that make them readable indoors and out. The Pebble next-generation smartwatches also support both iOS and Android platforms. Features of the Pebble 2 that is available in a number of different colour combinations include :

The new Pebble 2 smartwatch with Heart Rate functionality is now available to preorder price that $130 and is expected to start shipping in October 2016.