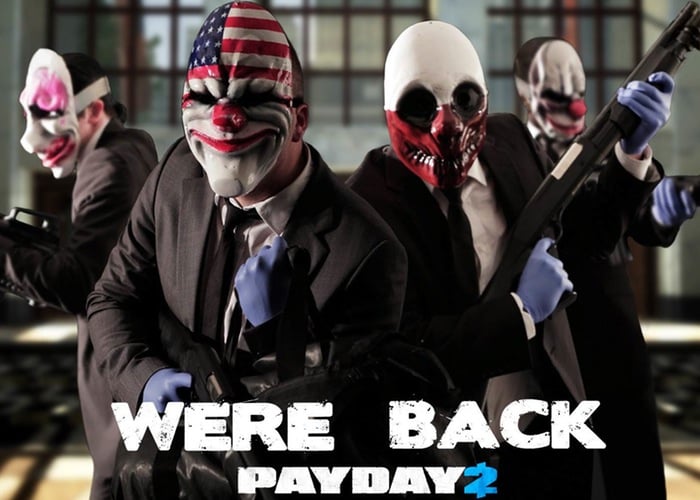 Gamers looking forward to the arrival of the new Payday 2: Big Bank Heist DLC due out later this month on June 17th 2014 shortly after this weeks E3 games event.

Are sure to enjoy this new 5 minute trailer released over the weekend whetting the appetite for the new Payday 2 downloadable content’s arrival in a weeks time.

Also is you are visiting the E3 games show this week you can be one of the first to take down the Benevolent Bank! With successful heisters getting a chance to score some awesome loot, such as Payday 2 swag.

In the form of Logitech kits and Nvidia Titan graphics cards The Payday 2 E3 event can be found in the west hall entrance consumer area and no ticket is required to test your chance to win some swag.

“Payday 2 is an action-packed, four-player co-op shooter that once again lets gamers don the masks of the original PAYDAY crew – Dallas, Hoxton, Wolf and Chains – as they descend on Washington D.C. for an epic crime spree.”