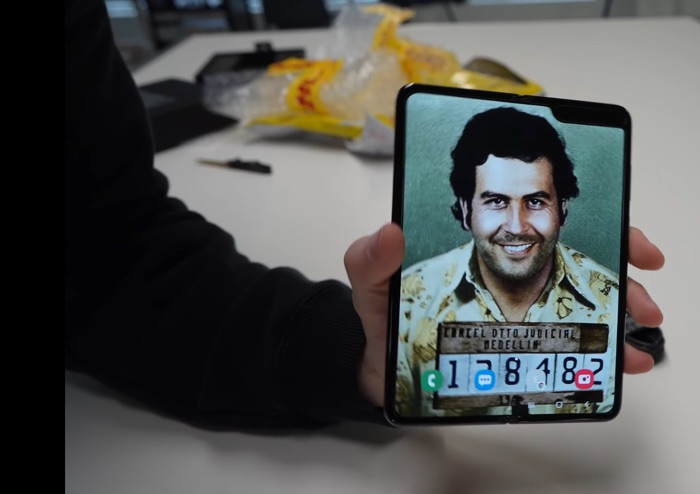 Update 11th march 2020:
Do not buy this phone, Marques Brownlee has discovered it is basically a Samsung Galaxy Fold with a gold sticker on it, full details here. So if you order one you will probably not get your device.

Some of our readers will have heard about the Pablo Escobar Fold 2 folding smartphone, the handset is made by Escobar Inc which is run by Pablo Escobar’s brother.

The handset looks very similar to the Samsung Galaxy Fold and Unbox Therapy managed to get their hands on the device and we get to have a look at it in the video below.

As we can see from the video the device looks very similar to the Samsung Galaxy Fold and it comes with similar specifications.

It certainly look like and interesting device and is different than anything else available at the moment due to the Escobar branding.