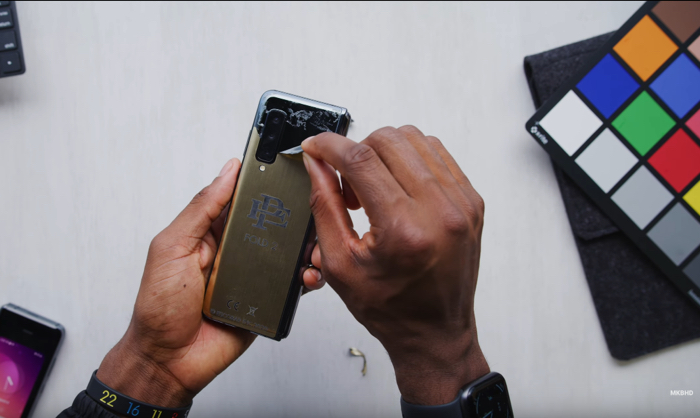 We recently heard about the new Pablo Escobar Fold 2 smartphone which is a new folding smartphone that retails for $399, it turns out the handset is actually a Samsung Galaxy Fold 2 in disguise.

Marques Brownlee has discovered that the Pablo Escobar Fold 2 is actually a Galaxy Fold 2 with a gold sticker on the back.

As we can see from the video this handset is a Galaxy Fold 2 which normally sells for $1800, so ow can Escobar sell the handset for just $399.

It looks like if you order the handset you will probably end up not getting the device as it appears a lot of people have not received their device.