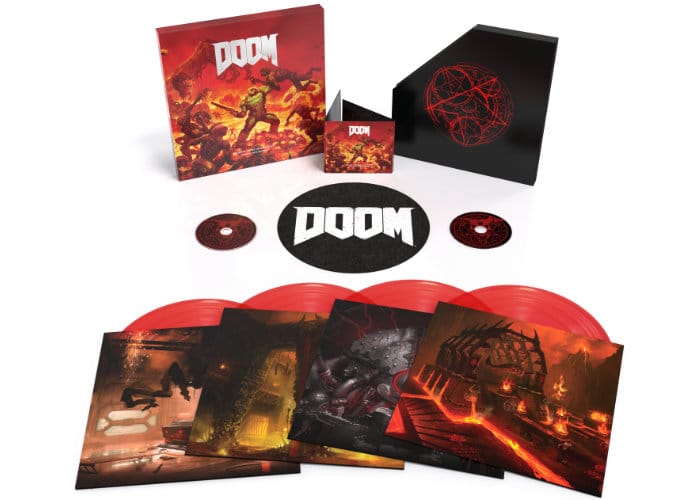 DOOM Fans might be pleased to know that the original DOOM soundtrack has now been released on vinyl and CD. The physical release of Mick Gordon’s composition has been created in collaboration with Laced Records and is available in four different formats. Taking the form of a Deluxe Double CD, a Double Vinyl, a Special Edition Four-Disc Vinyl and a Special Limited Edition Vinyl Box Set.

“To mimic the power of Hell and its corruptive Argent energy, Mick created the ‘Doom Instrument’. Consisting of pure sine wave inputs directed into four separate sound processing chains and a variety of post-processing techniques, it allowed Gordon to dynamically ‘corrupt’ generated sounds. Further callbacks to the franchise’s legacy and imagery are found as the soundtrack’s signature screeching guitar lines are layered with the chainsaw audio from the original 1993 title.”

For more details and to purchase jump over to the Laced Records website by following the link below.