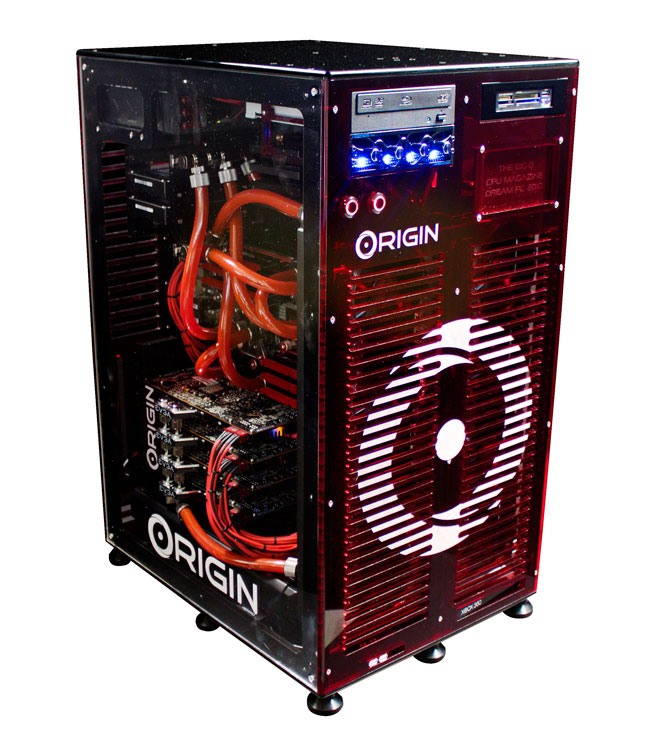 The Big O also comes with a choice of SSDs (Solid State Drives), plus lots more customizable option. It features a Liquid cooled Xbox 360 Slim, which has been modified so the Xbox ports are easily accessible and is designed to bring extreme performance with the liquid cooled processor.

All this doesnt come cheap though, prices start at a massive $7,669, you can find out more details over at Origin PC.