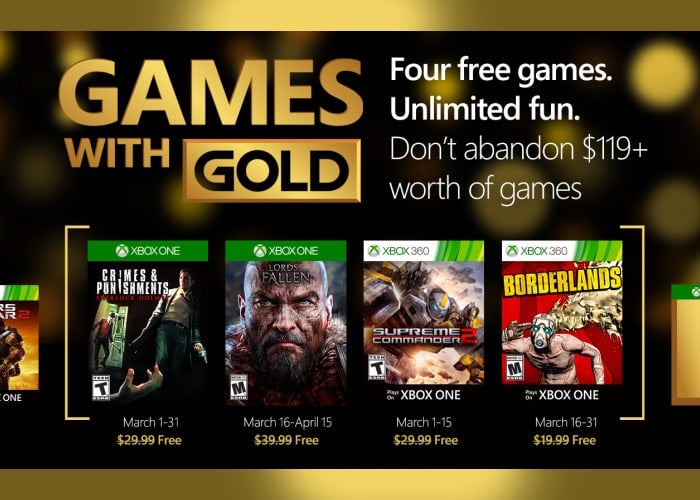 Following on from yesterday’s leaked information regards the upcoming Xbox Live Games with Gold for March 2016, Microsoft has today announced via the Major Nelson website that the leaked details were in fact correct.

Confirming that the Xbox March 2016 games take the form of Sherlock Holmes: Crimes and Punishment, Lords of the Fallen, Supreme Commander 2 and Borderlands.

On Xbox One, Xbox Live Gold members can download Sherlock Holmes: Crimes and Punishment ($29.99 ERP) for free during the month of March. Lords of the Fallen ($39.99 ERP) will be available as a free download from March 16th to April 15th.

Jump over to the Major Nelson website via the link below for more details.