We have seen the many ways of unofficially unlocking your iPhone 3G like redsn0w, it seems like one lucky iPhone owner managed to get his iPhone 3G unlocked by Apple.

The iPhone user in question lives in Finland and his iPhone was on the Sonera network, who let users buy themselves out of their 3G contract in Finland when the iPhone 3GS was released. 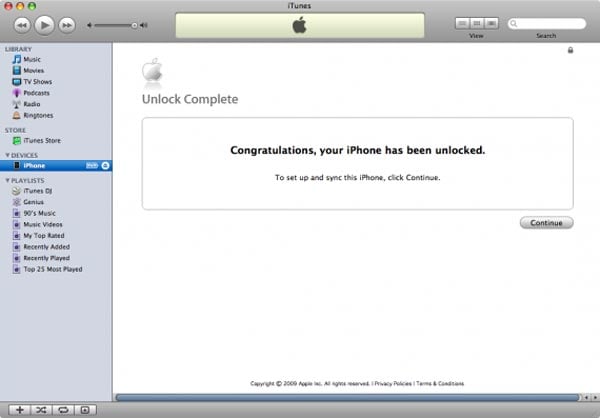 And now I’ve discovered that Sonera is also happy to lend a helping hand in unlocking your old iPhone 3G. When the 3G was released last year, Sonera customers had to sign up for a two-year contract. When upgrading to the iPhone 3GS, those same customers are given the option to pay off the remainder of their original 3G contract. Paying off the contract, and thus completing the two years prematurely, entitles the customer to have their iPhone 3G unlocked.

The helpful assistant at the Sonera store made a note of my IMEI number and then passed it onto his boss — after that there’s a special piece of software that only his boss is authorized to use. This mystical application submits the IMEI to Apple, which in turn authorizes the device for unlocking.

The unlock of the iPhone 3G took place when the iPhone was connected to iTunes, I wonder if anyone in the US or UK has managed to get their iPhone officially unlocked by Apple, if anyone has let us know.