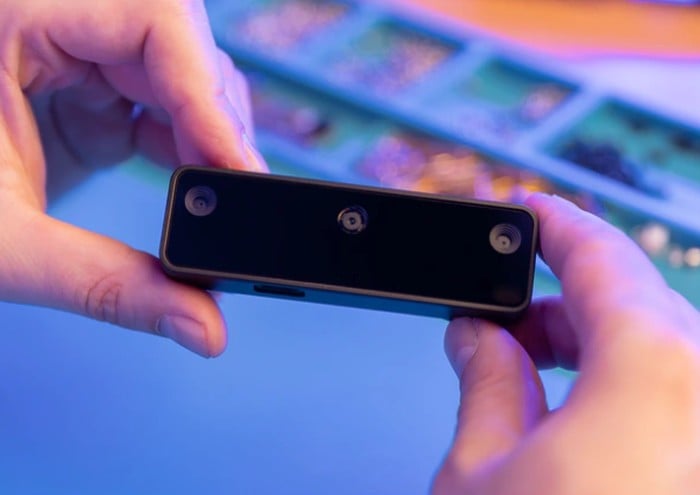 Developers, engineers and hobbyists looking for an affordable real-time, depth sensing, artificial intelligent platform might be interested in the Oak D Lite which has already raised over $600,000 on Kickstarter thanks to over 5200 backers with still 22 days remaining. The Oak D Lite has been specifically designed to bring the powers of spatial AI to a price point necessary to unlock all sorts of applications.

Specially priced early bird pledges are now available for the interesting project from roughly $79 or £58 (depending on current exchange rates), offering a considerable discount of approximately 46% off the recommended retail price, while the Kickstarter crowd funding is under way.

“If you passed sixth grade – you got this! OAK-D-Lite is for you. Students, Artists, Raspberry Pi Hackers, K12 Educators, RC Car Racers, Roboticists, Python Developers, AR/VR Enthusiasts, Unity Hackers, Computer Vision and AI Experts alike. Within 30 Seconds of unboxing you’ll be up and running the examples below. Thanks to Cortic Technologies’ Drag-and-Drop interface anyone can use Spatial AI right away.”

“3D object detection is what humans do. We know where objects are – and where they are in physical space. It’s why we can pick up a coffee cup, or catch a ball. Get the pose of objects in yaw, pitch and role – in addition to where they are in physical space. 3D depth information that is semantically labeled per pixel. This allows your robot to stay on the sidewalk, or know when there’s some object in your path.”

For a complete list of all available project pledges, stretch goals, extra media and specifications for the depth sensor, jump over to the official Oak D Lite crowd funding campaign page by following the link below.