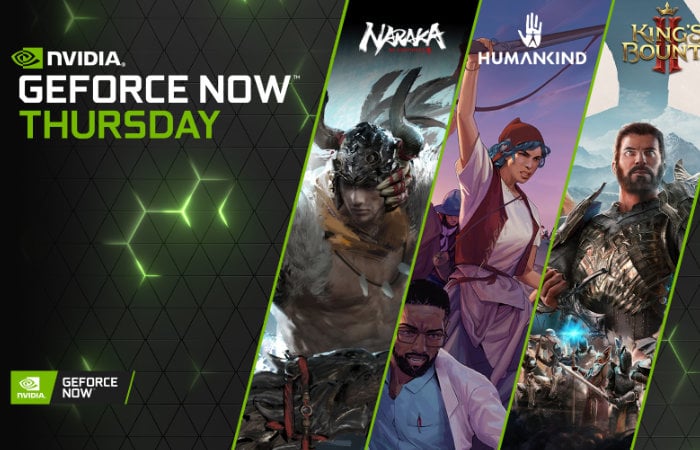 NVIDIA has today announced that 34 new games are now available to play on the companies GeForce Now game streaming service, bolstering the already large library of games in addition to the new RTX-supported also arriving on the GeForce Now service during August 2021.

This month also sees new content for some of the most popular free-to-play titles streaming on GeForce NOW. Members can look forward to experiencing the latest in Apex Legends and Tom Clancy’s Rainbow Six Siege.

“It’s a new month for GFN Thursday, which means a new month full of games on GeForce NOW. August brings a wealth of great new PC game launches to the cloud gaming service, including King’s Bounty II, Humankind and NARAKA: BLADEPOINT. In total, 13 titles are available to stream this week. They’re just a portion of the 34 new games coming to the service this month. Members will also get to stream upcoming content updates for popular free-to-play titles like Apex Legends and Tom Clancy’s Rainbow Six Siege as soon as they release.

Apex Legends: Emergence,” the latest season of the wildly popular free-to-play game from Respawn and EA, launched on August 3 and brought in a new Legend, weapon and Battle Pass as well as some awesome map updates.

The newest legend, Seer, is here and ready to spot opportunities that others may miss. Players can also enjoy a new midrange weapon, the Rampage LMG, a slower but more powerful variation of the Spitfire. To top it all off, the newest map updates reveal a familiar landscape torn at the seams. Decimated World’s Edge is available now on Apex Legends and streaming on GeForce NOW.

The latest event in Tom Clancy’s Rainbow Six Siege features a new time-limited gameplay mode, a challenge to unlock a free Nomad Hive Mind set, and more. Year 6 Season 2 kicked off with a special “Rainbow Six Siege: Containment” event that sets players in the Consulate map overrun by the Chimera parasite in a new game mode called Nest Destruction. Members will be able to stream the Containment event from August 3 to August 24.”