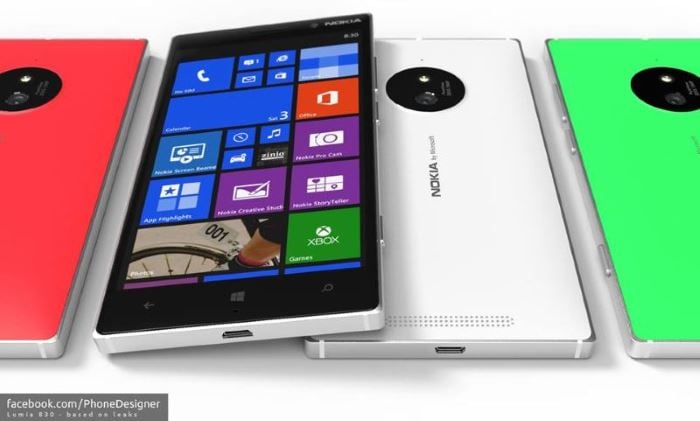 The Nokia Lumia 820 is long due for a refresh. Microsoft is rumored to be working on plethora of devices for different market segments, ranging from entry-level to high-end handsets. Not too long ago, we spotted some leaked images of a mysterious Lumia device, believed to be the Nokia Lumia 830 with a big 13MP camera on the back.

Based on the limited amount of information available, a number of Nokia Lumia 830 concept images made their way to the blogosphere, giving us a look at the possible design of the purported device.

Rumors suggest we may get a 4.5-inch display with Windows Phone 8.1 as its operating system out of the box. There are no on-screen buttons, and it seem it may come with the traditional capacitive navigation keys. Here are some of them:

Head over to the source link below to view the complete gallery, and let us know about your thoughts. If it turns out to be the same, with a sane price tag, I may be one of the first ones to get the handset.