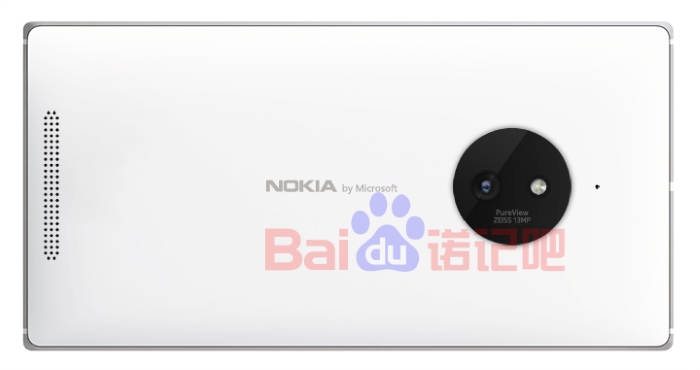 Not too long ago, we saw a leaked image of the purported Nokia Lumia 830. Some rumors also hinted that Microsoft may launch its upcoming smartphones under the “Nokia by Microsoft” moniker.

It seems it could be true after all. The same image of the alleged Nokia Lumia 830 made its way on the internet, showing the new branding on the back of the device.

The details about the alleged Lumia device are scarce, but it seems it will come with a 13MP camera for photos and videos with PureView technology. There is no word about other specifications, but it should bring a decent set of internals to be called a successor of Lumia 820.

The alleged device also seems to come with a aluminium frame and a polycarbonate casing, which looks quite similar to the Lumia 930.

There’s no word about the launch of the device, but it should be too far off. Recent rumors suggest Microsoft has a handful of devices in the pipeline, including a few mid-range devices, as well as a high-end one known as McLaren which is said to launch by the end of this year.

We’ll keep an eye on the news, and will update you as soon any information comes up.