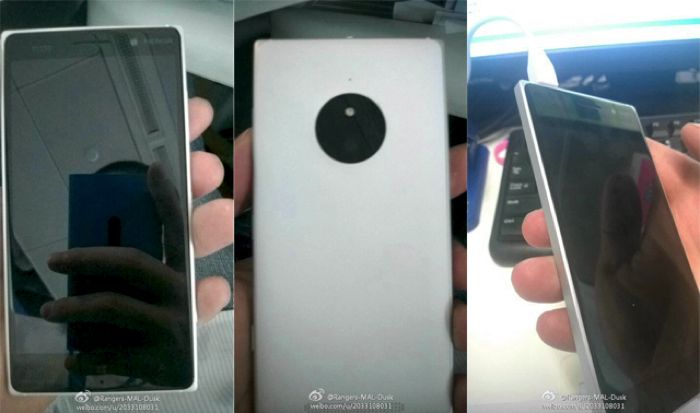 Some photos have appeared online of what are reported to be a new mid range Windows Phone handset, the device is said to be the Nokia Lumia 830.

The handset is rumored to be the replacement for the Nokia Lumia 820, and the device will apparently come with the latest version of Microsoft’s mobile OS, Windows Phone 8.1.

The photos first appeared on Weibo, and were spotted by WP Dang, what is interesting from the photo is that the camera design is similar to that of the Nokia Lumia 1020.

The Nokia Lumia 1020 features a 41 megapixel camera, although we are not expecting that camera to show up in the Lumia 830, as the handset is said to be a mid range smartphone.

The new Nokia Lumia 830 is also said to feature an aluminum frame and a polycarbonate casing, unfortunately those are the only details we have on this handset at the moment.

As soon as we get some more details on this new Lumia 830 smartphone, including some clearer pictures of the device, and full details on the handsets specifications we will let you guys know.