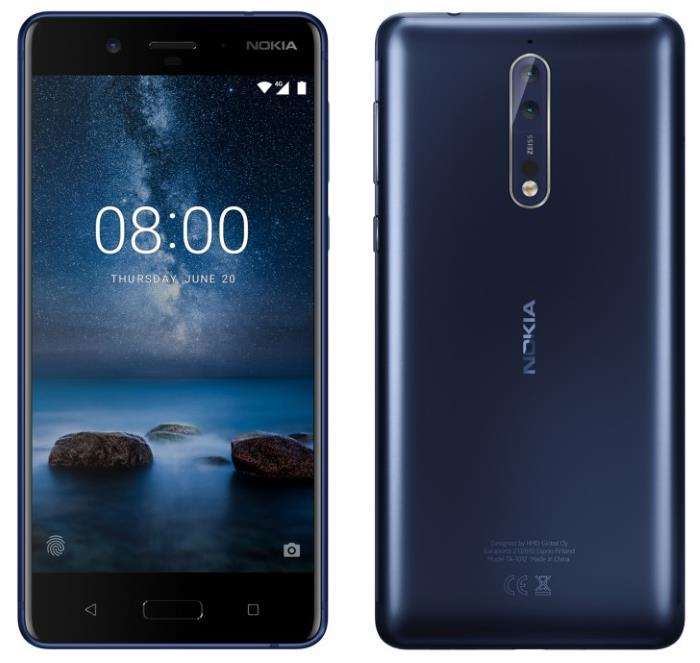 We have been hearing a lot about the new Nokia 8 over the last few weeks, the handset will be made official later today.

The new Nokia 8 will come with a 5.3 inch display and its Quad HD resolution of 2560 x 1440 pixels and the handset will feature the Qualcomm Snapdragon 835 mobile processor.

The Nokia 8 comes with 4GB of RAM and 64GB of included storage, there will apparently be another version of the handset with 6GB of RAM.

Other specifications on the new Nokia flagship will include dual rear cameras with two 13 megapixel sensor and Carl Zeiss Optics.

We will have more information when the handset is made official by HMD Global later today, including full specifications of the device and some new photos. HMD Global are holding their press event at 7.30PM local time in London. This is 11.30AM Pacific Time and 2.30 PM Eastern Time.