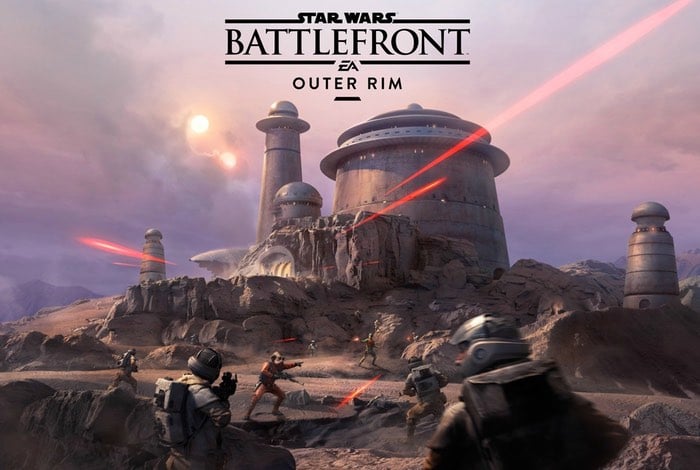 New artwork for the Star Wars Battlefront game has been released by this week, possibly revealing new characters that may soon be added to the playable character roster.

As you can see in the middle of the imagery which is enlarged below, the latest artwork shows Nien Nunb leading the Rebel Alliance into a battle against an Imperial army that appears to include Greedo. 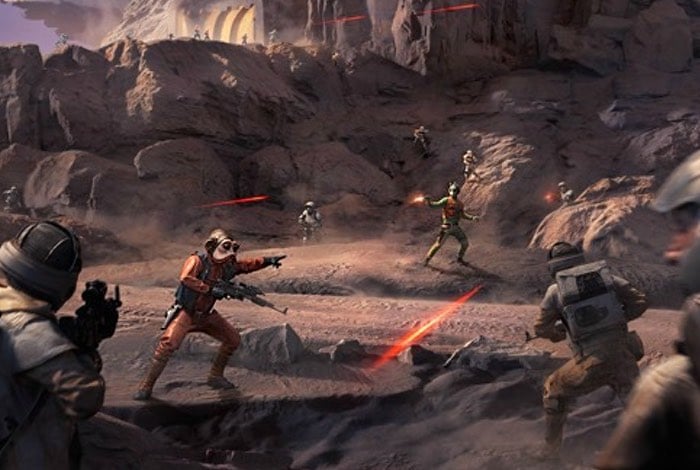 You might think these are slightly strange characters to be added to the playable roster, but as yet EA has not yet confirmed anything and previous artwork that has revealed characters for other games does not always mean they end being added. The Game Informal website writes.

Rodian and Sullustan races are a part of the character creation options, but the particular outfits shown here are not. These are the outfits we saw Greedo wearing in the Cantina, and Nien Nunb sporting within the Battle of Endor. The Rodian character option is also only available for the Rebel Alliance. Could they be new playable heroes?

Perhaps, but Nien Nunb getting the spotlight before Chewbacca, Yoda, Obi-Wan, or Lando seems a bit odd. There’s a chance these characters could be NPCs much like the jawas or ewoks on their respective maps. Regardless of what role they play, they are front and center in an art piece EA is using to promote new content for Battlefront.

As soon as more information is revealed about the new Star Wars Battlefront game and the incoming Outer Rim DLC which may include these newly revealed characters we will keep you updated as always.