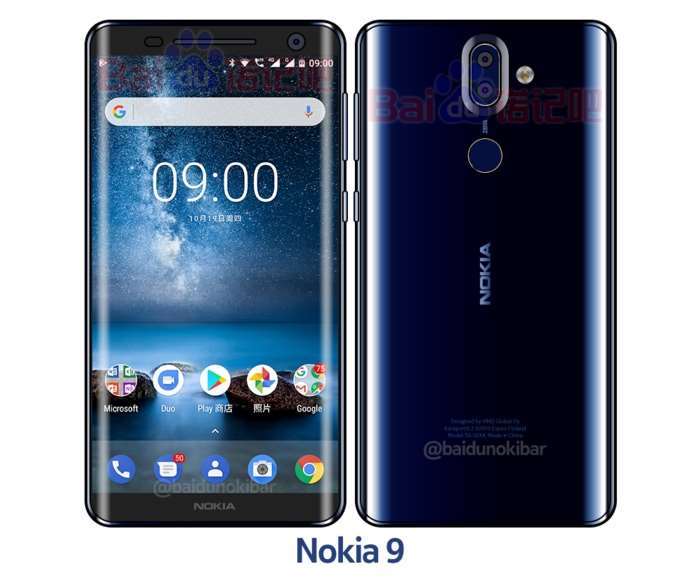 We previously saw some leaked renders of the new Nokia 9 smartphone. Now some new photos of the handset have appeared online. These ones show a new color for the handset which is called Polished Blue.

The Nokia 9 will apparently come with a 3D edge glass display. The exact display size is not known at the moment and there are also no details on what sort of resolution the display will have. The handset could possibly come with a Snapdragon 835 processor, although this has yet to be confirmed.

Other rumored specifications on the handset include either 6GB or 8GB of RAM and it will feature 128GB of storage. The device will also come with an Iris scanner, a fingerprint scanner and will come with an IP68 rating for water and dust protection.

As we can see from the photo, the handset will have a dual camera setup on the back and it will come with Zeiss Optics. Those are are only specifications we know so far about the new Nokia 9 smartphone. It is not clear as yet on whether it will come with Androids 8.0 Oreo or Androud Nougat. The handset is rumored to cost around €749 when it launches.