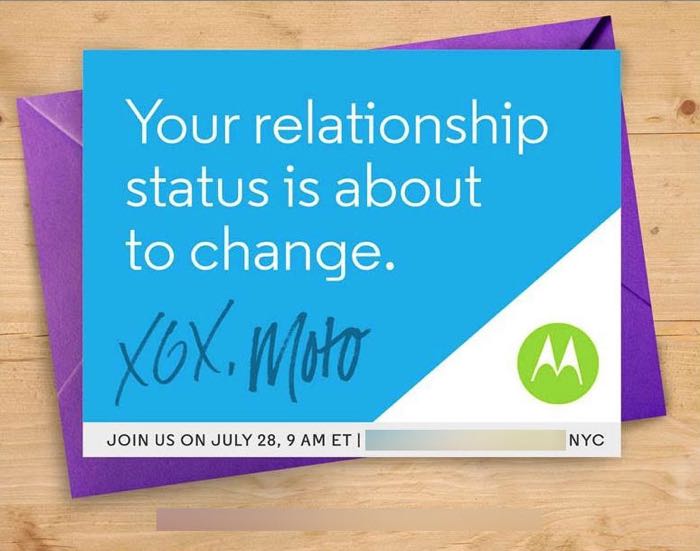 We previously heard a rumor that Motorola would be holding a press event on the 28th of July, the company has now officially announced that a press event will take place on this date.

The Motorola press event will take place in New York on the 28th of July and we are expecting to see the new Moto G and Moto X smartphones at the event.

The Moto G is rumored to come with a 5 inch HD display, a Snapdragon 410 processor, a 2470 mAh battery, plus a 5 megapixel front camera and a 13 megapixel rear camera.

Both the new Moto X and Moto G are expected to be available with Moto Maker, we will have more details on these two new devices when they are launched later this month.