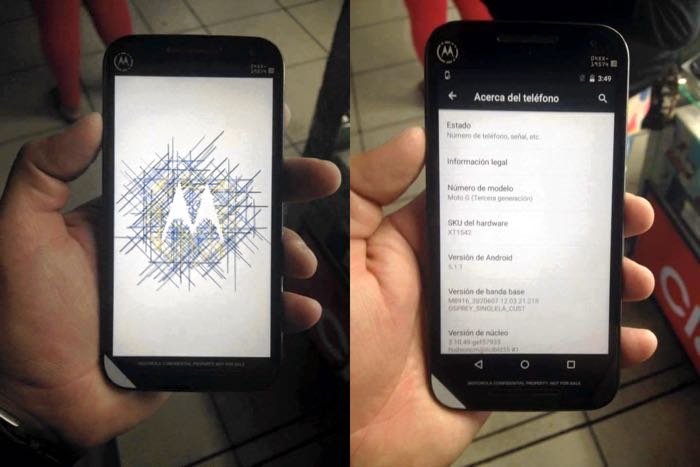 We have seen a press render of the new Moto G 2015 smartphone and now the handset has been leaked in some new photos.

The photos were posted on Facebook and show that the new Moto G 2015 will come with Android 5.1.1 Lollipop. 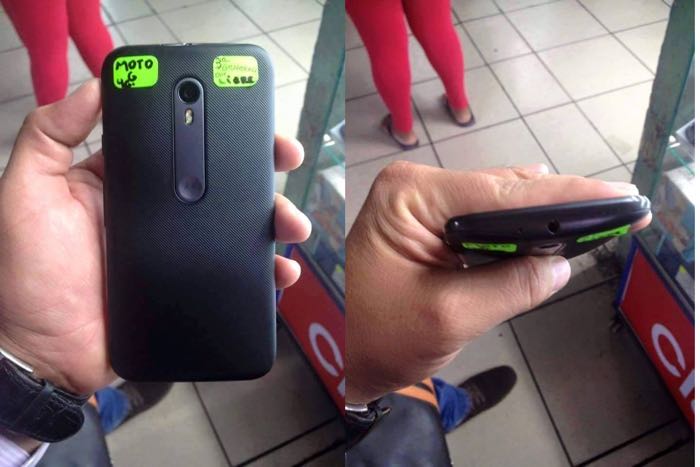 The photos appear to show a prototype of the new Moto G smartphone, the handset will apparently come with a 5 inch display with a HD resolution of 1280 x 720 pixels and the device is said to feature a quad core Qualcomm Snapdragon 410 processor.

Other rumored specifications on the 2015 Moto G include a 5 megapixel front camera and a 13 megapixel rear camera, the device will come with a 2,470 mAh battery.

The handset is expected to be available through Motorola’s Moto Maker and the device will apparently launch on the 28th of July, as soon as we get some more details about the device, we will let you guys know.