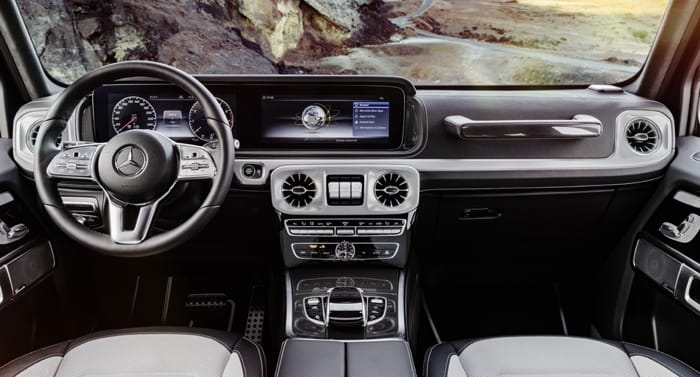 The new Mercedes G Class is coming later this month. We have already seen an official photo of the inside of the new G Class and now Mercedes has released a teaser video for the new SUV.

Mercedes will make their new G Class official at the Detroit Motor Show on the 15th of January 2018 and the SUV is getting a major new design and also the latest technology.

We previously saw that the new interior on the new Mercedes G Class was packed with the latest technology, this can be seen in the picture above.

We will have more details about the new G Cass when it is made official at the Detroit Motor Show later this month.