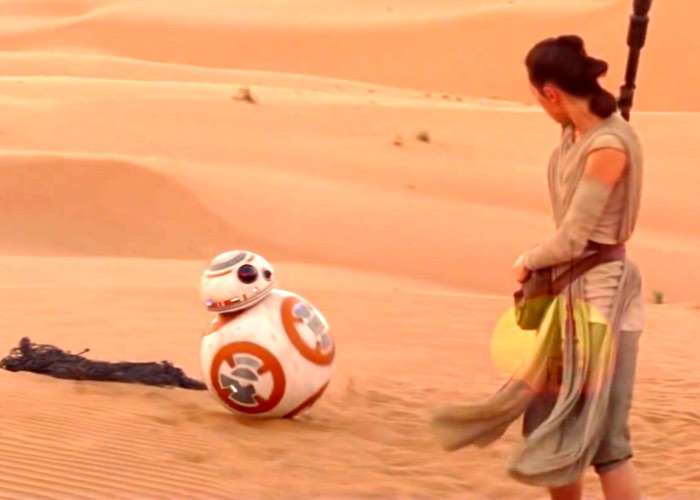 Following on from the new TV slot trailer that was released this week for the upcoming highly anticipated Star Wars The Force Awakens movie, that will be exploding onto theatre screens worldwide December 17th.

A new Japanese Star Wars The Force Awakens trailer has been released which provides a few snippets of new footage for fans to enjoy. Including meeting of Finn and Rey the quick glimpse of Chewie blowing a few things up to name a few.
Check out the latest trailer below to whet your appetite for the seventh Star Wars movie in the series which will be continuing the story for both old and young Star Wars fans to enjoy.

Other new snippets from the latest Star Wars movie include a quick conversation with BB-8 and Rey and a glimpse of C-3PO. As more teaser trailers are released in the run-up to the launch of the new Star Wars movie we will keep you updated as always.