A new feature has been leaked this week which Google is expected to be officially announce very soon. That allows Google+ users to schedule Hangouts via Google Calendar.

The new “Events in Google+” has appeared in a number of Google Calendar pages on some Google user accounts, but nothing has been officially announced by Google at the present time. 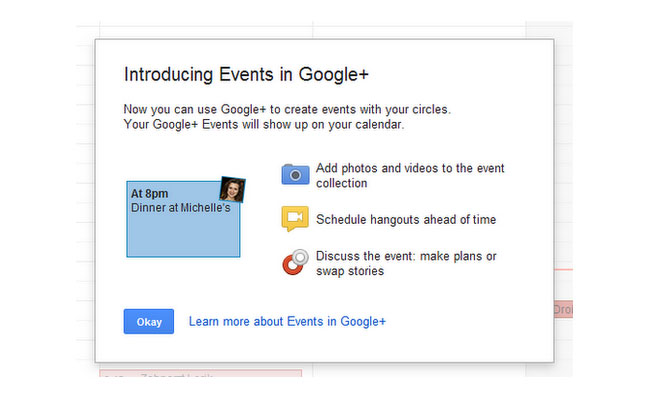 Currently the new features will allow users who have the option to create and track events among Google+ circles, and create appointments for Google Hangout video chats if required. As more information come to light about the new features we will keep you updated as always.