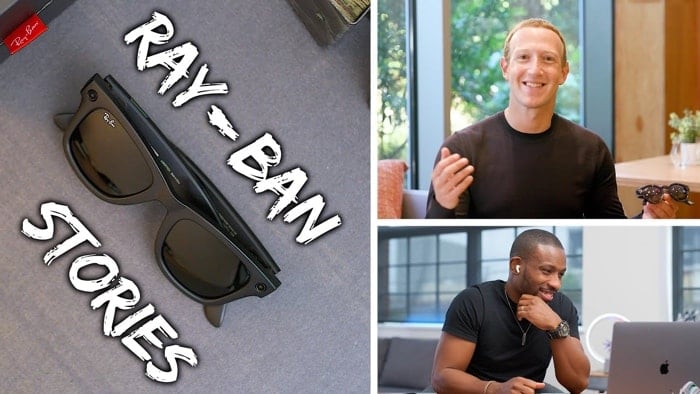 Earlier today we heard about the new Ray Ban Stories smart glasses that Ray Ban and Facebook have developed together.

Now we get to have a look at these new smart glasses in a new unboxing video from YouAvgConsumer, he also has a chat with Facebook CEO Mark Zuckerberg in the video

We have seen a number of the smart glasses in the past, but the Ray Ban versions are one the best looking versions we have seen to date as they look like the normal Ray Bans.

Ray-Ban Stories pairs with the new Facebook View app, so you can share your point of view, stories, and memories seamlessly with friends and social media followers. The Facebook View app on iOS and Android makes it easy to import, edit, and share content captured on the smart glasses to apps on your phone: Facebook, Instagram, WhatsApp, Messenger, Twitter, TikTok, Snapchat, and more. You can also save content to your phone’s camera roll and edit and share from there. And new, exclusive post-capture enhancements built into Facebook View let you create unique content to put a special spin on your posts.

The Ray Ban Stories are available in around 20 different combinations and they will retail for $299.